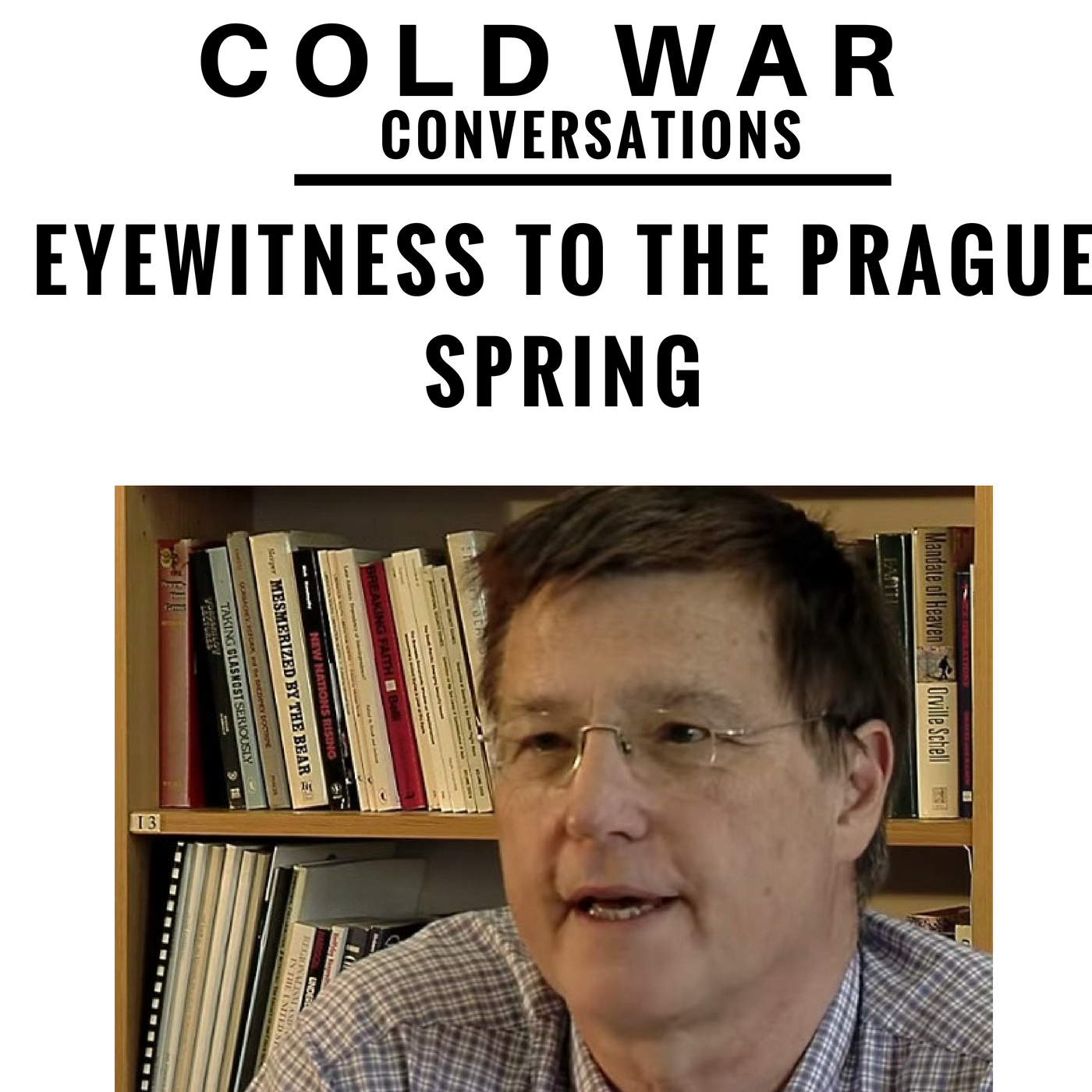 In 1968 today’s guest was 15 year old at the same school in Prague as Czech communist leader Alexander Dubček’s son.

He details the situation in Czechoslovakia in the late 1960s, the Prague Spring, his experiences as the reformers were suppressed to the late 1970s and his arrest by the STB, the Czech secret police.

The interview starts as we talk about the level of censorship in Czechoslovakia before the Prague Spring.

The Logic of Normalization

Contemporary Film of the Prague Spring

Documentary in english on the Prague Spring

Documentary on the End of the Prague Spring

Have a look in our shop

Incredible Podcast
☆☆☆☆☆
This is easily the best historical podcast out there and it might just be the best podcast of all. Well researched and put together by the host plus an impressive array of guests. Start listening if you haven’t already.
marrdave via Apple Podcasts ·Great Britain ·02/05/2020
just brilliant
☆☆☆☆☆
i’ve found it difficult to find a good, varied and informative podcast on soviet history, until now. as a post-graduate student studying soviet history this podcast is a real gem to listen to while i’m pottering about in the flat or commuting. highly recommend to anyone wanting to know more about this period in history beyond what books will tell you.
joshare via Apple Podcasts ·Great Britain ·01/05/2020