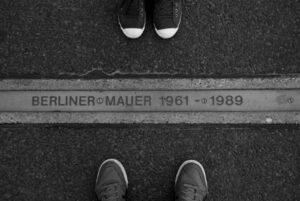 Cold War Conversations worked with the Imperial War Museum on a project called Voices of the Wall to commemorate the 30th anniversary of the opening of the Berlin Wall. We captured new  personal testimonies of people’s experiences of the Cold War which later became part of the podcast.

You can enjoy all the related episodes here:

The Voices of the Berlin Wall episode used excerpts from the following episodes.